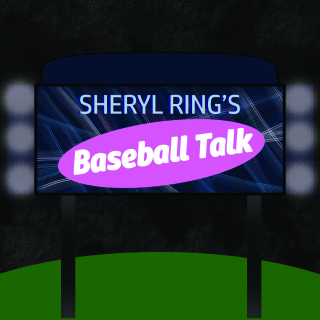 One of my favorite parts of the offseason is baseball Hall of Fame voting. There are the player profiles, like these from Jay Jaffe, that remind you of the great players of just a few years ago. There are the hot takes – so many hot takes – about who should be in and who shouldn’t. And if you’re at all like me, there’s the endless refreshing of Ryan Thibodeaux’s Hall of Fame ballot tracker, watching childhood favorites like Mike Mussina and Edgar Martinez grow closer and closer to induction.

But as I watched this past year’s Hall of Fame debate, I was struck by something. Each cycle, we discuss the meaning of the character and integrity clause on the Hall of Fame ballot.

Voting shall be based upon the player's record, playing ability, integrity, sportsmanship, character, and contributions to the team(s) on which the player played.

We talk about it, most often, in the context of performance enhancing drugs, when we debate the eligibility of players like Barry Bonds. For the first time this cycle, we started talking about the need to consider character and integrity to the context of the #MeToo movement, with players like Roger Clemens, who groomed Mindy McCready for a sexual relationship beginning when she was fifteen years old, and Andruw Jones, who threatened to choke his wife to death – and actually tried. We talked about the character and integrity clause when it comes to players like Curt Schilling, who has compared Muslims to Nazis and called for the lynching of journalists. But however you fall on the question of how to treat this sort of behavior in the context of the character and integrity clause, we at least talked about it. We started a conversation.

Not so with Lance Berkman.

Lance Berkman is one of the sport’s good guys. Or, at least, he’s supposed to be. Bleacher Report talked about how scandal-free he was when writing up his candidacy. Bloggers talked about how underrated he was as a player.

Jay Jaffe, my colleague at Fangraphs who did his usual admirable job of presenting other candidates’ more egregious behavior, didn’t mention it. And why would they? Berkman’s one of the good guys, right?

Yes, that is Lance Berkman in a 2015 major market political campaign ad opposing the rights of trans women to use women’s bathrooms. That’s him introducing himself by invoking his baseball bona fides. And yes, that is former Hall of Fame candidate Lance Berkman saying that trans women are nothing more than “troubled men.” You see, Houston, Texas had a proposed ordinance that would protect trans women from discrimination, particularly in bathrooms. And Berkman became heavily involved in opposing it. Not only that, though: Berkman didn’t just oppose the ordinance, he actively trumpeted the invalidity of trans people, particularly trans women.

"My wife and I have four daughters. Proposition 1 would allow troubled men who claim to be women to enter women’s bathrooms, showers, and locker rooms," said Lance Berkman.

And because that wasn’t enough, Berkman made a second video explaining his reasoning for doing the ad. This video:

And in that second video, “good guy” Lance Berkman, he who was so above reproach that the character and integrity clause was considered a mere formality in his Hall of Fame case, said this:

Who knows what the intent of that person might be. They truly might think they're a woman, which is a little strange to me. But they could be a child predator. They could be somebody that's in there who likes to look at women and just claims to be a woman. ... If we're going to go down to the zoo, I just want to be able to live life without having to have an extra thing to worry about when it comes to protecting my family. ... It's crazy. It makes me want to say... 'wake up, America!' And that's what I want to scream at people because, what are we doing here? We have the potential for men going into a woman's bathroom. The very few people that this could be slanted as discriminating against, is it worth putting the majority of our population at risk... to appease a very small minority of the population? I don't think so. I think it's crazy, and it's unbelievable that we're even talking about this. ... We have to try to rise up against this threat, and the only way we can do that is go and vote 'No' against Proposition 1.

Amazingly, Berkman wasn’t done yet. Those videos were turned into radio ads that blanketed the Houston metro area. Unsurprisingly given Berkman’s stature, the proposed ordinance went down in defeat. Berkman went on KTRH 740 AM to talk about how he was the victim of “digital persecution,” and that “I felt that I had an obligation to stand for what is right.” And then came this:

"To me tolerance is the virtue that’s killing this country. We’re tolerant of everything. You know, everything is okay, and as long as you want to do it and as long as it feels good to you then it’s perfectly acceptable do it. Those are the kinds of things that lead you down a slippery slope, and you’ll get in trouble in a hurry," said Berkman

And still, after months of being the face of a political campaign that successfully demonized an entire already-oppressed community, Berkman still wasn’t done. He then gave an interview to Craig Calcaterra, doubling down yet again on his hatred of the trans community.

"It’s not an easy topic. You’re taking their word for it, saying that’s the way they’re born," Berkman explained. "The issue is, what to do about a 15 or 16-year-old boy who thinks he’s a girl and wants to shower with the girls? Maybe he is [transgender], maybe he’s confused. But I wouldn’t want him in the shower with my daughters. We shouldn’t have the rights of 2% of the population trump the rights of the other 98%. Is it a mental choice? I don’t know. But it’s a Pandora’s Box."

So in the span of four months, Lance Berkman said trans women were “troubled men,” accused the entire community of being predators, said tolerance was killing the United States, implied trans people are lying about their gender, called being trans a “mental choice,” and said that trans people aren’t entitled to legal protections because we’re so small a population.

This was just four years ago. And yet, despite how high-profile that campaign was, despite the fact that Berkman’s campaign ads are still up on Youtube . . . the entire affair was completely forgotten. The Cardinals even honored Berkman for his faith on “Christian Day” in 2017, despite protests from the queer community. Since then, in mainstream media and culture, Berkman’s rols as the face of a movement inciting hate and violence towards an entire marginalized community was completely ignored and forgotten.

But that matters. Or, at least, it should matter. In an era where we rightly talk about whether or not statutory rape and domestic violence should keep someone out of the Hall of Fame, trans rights are not less important. Nor is this issue mooted by the fact that Berkman didn’t get in anyway. Berkman didn’t get into the Hall of Fame because of a crowded ballot, not because of his comments on trans people. In fact, those comments were completely ignored at best, and celebrated at worst. If Berkman had been elected, no one would have batted an eye.