Broshuis is a former 5th rounder in the San Francisco Giants organization, and now practices law in Missouri. He has led two lawsuits filed on behalf of a group of minor league players. That fight is ongoing. Broshius has also written about minor league life since 2006, in a column for Sporting News, which he authored for three years, and in his own blog. http://minorleaguelife.blogspot.com/?m=1 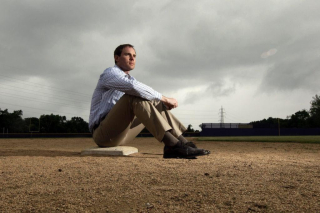 Here's what he said about the Jays news and what it could mean for the future.

On his reaction to first hearing the announcement: I guess the best way to describe my reaction was cautious optimism. I'm cautiously optimistic that teams will eventually do the right thing.

But am I satisfied? If you want to use a baseball analogy, this is only the fifth inning of a game that we've been playing for several years. I started writing about minor league working conditions as early as 2006, when it wasn't a popular topic. And then of course our lawsuit was filed in 2014, led by some extremely courageous players.

On Optimism: So this is a positive step, but it's a small one. It still doesn't solve the problem of players not being paid during spring training, extended spring training, and instructional leagues. And even during the season, it still means that the majority of Jays players will be receiving wages that place them below the poverty line.

What Now? This isn't a time for reflection. This is a time to keep fighting. Hopefully we will soon get a good result from the Ninth Circuit Court of Appeals in our case, and we'll keep pressing forward.