Welcome back, Baseball Lifers! And welcome to the ninth edition of Lifer by All Heels on Deck! And Happy New Year 2019! We at All Heels on Deck hope you’ve enjoyed the holidays. We took a brief Winter Break, but your favorite baseball fan lifestyle column is back with yet another fun twist.

I’ll assume one of the first things everyone does when the schedule is released for the upcoming season, is head right to the promotions for any giveaways you must have, so you can plan your life accordingly. Maybe it’s your favorite player’s bobblehead, or a t-shirt that’s just too clever to miss out on. For Victoria Edel, it’s the New York Mets Spider-Man Bobblehead. This is a promotion you have to read about.

They say baseball is a child’s game. You know all the clichés: summer nights under the lights reciting all of those cheers you now hear ringing from your local Little League. Baseball is a happy place; every fan has some memory similar to that. So why not have a promotion that’ll really bring out the kid in you? Helen Silfin takes us on a nostalgic journey through her “bear”-y favorite promotion, one that is sure to bring joy to fans of all ages. Catch this as part of our Lifer subscriber exclusive.

Some promotions bring fans more of a sentimental feeling. It’s always special when a team honors the players that won them a championship, or brings back the Old Timers to play a spirited scrimmage before the game. Promotions like this connect the older generation with the younger generation, and allows for a nice little history lesson for the youngsters. Karen Soutar reflects on her favorite Blue Jays promotion that celebrated a legendary season.

So, join us as we do life the baseball fan way! You don’t want to miss this special edition of Lifer!

The Mets have been very into dorky, pop culture promotions lately, and most of them have not tempted me. They did Noah Syndergaard as Marvel’s Thor twice, the only good one of these. They did Mr. Met as Han Solo with Chewbacca last year, and they’re doing Robinson Cano as Obi Wan Cano-bi this year. Mr. Met should not be Han Solo. Noah Syndergaard is also sitting on the Iron Throne from Game of Thrones in April; I assume a callback to his controversial season seven cameo. None of these have tempted me...until the Mets announced a Spider-Man bobblehead for July 7. I need it.

Let’s go back. Peter Parker is canonically from Queens. The first Spider-Man comic I ever read was about Peter going to Mets games with Uncle Ben (where the Amazins always lost). There’s a Mets poster in Peter’s room in Spider-Man: Homecoming and there’s a Mike Piazza pennant on his wall in the Spider-Man: Far From Home trailer. This is the rare instance of brand synergy that feels extremely genuine and not at all forced (especially when compared to Obi Wan Cano-bi). The Mets are underdogs, Spider-Man is an underdog. The Mets are Queens, Spider-Man is Queens. I’m still just a bit bitter we never got a David Wright as Captain America bobblehead, but I will drag my butt to Citi Field for this Spider-Man one.

2018 marked 25 years since the Toronto Blue Jays 1993 World Series Championship.  To commemorate the anniversary, the Jays gave out a triple bobblehead of John Olerud, Paul Molitor and Roberto Alomar to the first 20,000 fans in attendance at the game on August 9th. 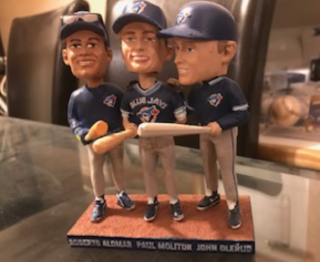 This trio finished 1st, 2nd and 3rd in the American League in batting average in 1993.  Olerud won the Batting Title with a .363 average, Molitor finished second at .332, and Alomar, who went 3 for 4 in the final game of the regular season, hit .326, one point better than Cleveland’s Kenny Lofton at .325. This was the first time in exactly 100 years that three teammates finished 1-2-3 in batting average in MLB.  The feat was last accomplished by Billy Hamilton (.380), Sam Thompson (.370) and Ed Delahanty (.368) in 1893 with the Philadelphia Phillies.

Olerud, Molitor and Alomar were three of the five hitters for the 1993 Jays who became affectionately known as WAMCO – Devon White, Alomar, Molitor, Joe Carter and Olerud. It was their offense that carried the team to its second of back-to-back championships in ‘93.

What a great souvenir to bring back memories for long time Jays fans, and an opportunity for newer fans to learn a key part of team history.

There are two Philadelphia Phillies Promotions I look forward to more than any others.

The first thing I do when the promotions list comes out is to see what may be on my 17-game plan. 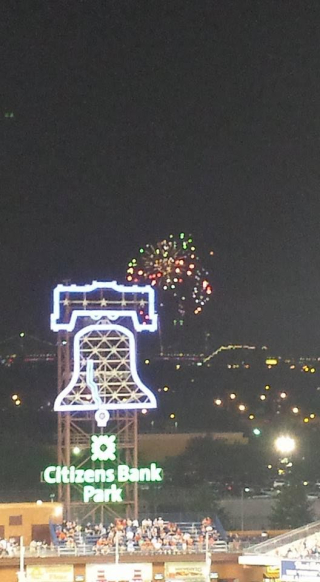 The top one I look for is Fireworks night, which I do have this season. I am a bit of a pyrotechnics nut, and I still believe these are the best in the city every year. 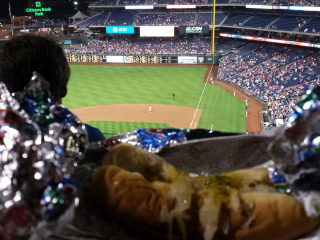 The second is $ Dog Night, which I dub, #DolarVeggieDogNight on social media. It is a night when I am free from having to prepare my own meal to have during the ballgame, so as not to have to pay the ridiculous prices for the few veggie choices of some kind at the park.

The promotion I’m most looking forward to this upcoming season is the JD Martinez Bobblehead that the TriCity ValleyCats (NYPL, Astros) are giving away. One of my favorite aspects of MiLB at this level is being able to follow players from the very beginning of their professional careers. It’s fun to remember them “when”, as they succeed, gain skills and player value, and win titles with their clubs whether they stay with their original franchises or not. We get to see so many terrific young players in NYPL.

For MLB it’s harder. I’m kind of old school in the promotions I’ve enjoyed. I have a prized David Wright bobblehead (and a less-than-esteemed Jason Bay bobble). None of the upcoming Mets bobblehead promos are that exciting to me. I’m not much of a comic hero fan, at least not enough to make the 300-mile roundtrip to the stadium to take a chance on getting one. If I had to pick one, I’d love the Jacob deGrom Cy Young bobblehead because it marks a career highlight, or the Mr. Met on the Moon because it’s a historic novelty.