The Feminism of Fighting: One Woman's Story of MMA Training, Wearing High Heels, and Staring Down Double Standards in the Ring

“You could mess your face up doing this. Why would you risk doing that to yourself?”

He was beyond handsome and his expression held a look that could only be described as half concerned and half disgusted.

“You could just as easily mess up your own face.”

I wasn’t about to let that double standard slide. He knew I had a point but he relinquished his argument and said nothing more. He was on a team from another school and statistically had the same probability of messing up his face as I had. I loved my sport and the possibility of breaking my genetically high profile nose wasn’t a deterrent. 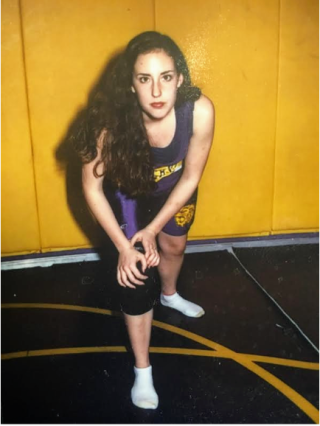 This is just one example of the unfair treatment that women in the male-dominated world of contact and combat sports grapple with to this day. If misogyny and violence upset you, I must warn you it gets much worse the further you read.

Starting out on my high school wrestling team, I found out that the majority of my team, one of my coaches, and the team managers all talked negatively about me behind my back but that didn’t dissuade me from showing up every day to wrestling practice. Despite being used as a punishment for wrestlers who disappointed the assistant coach, I still worked on my technique. The sneaky elbows and rib jabs didn’t phase me. I knew that as a girl on an all-boys team I’d have to prove myself.

But I had found my sport. Pole vaulting, gymnastics, and cross-country did nothing to feed my soul but wrestling did. So why was every male involved in the sport so set on discouraging me from pursuing it? Clearly, I didn’t belong. I had long hair, kaboodles of makeup during my daily life, often times high heeled, and female. The weaker sex, a distraction. I kept things sportsman-like overall and maintained boundaries that spoke for themselves to insist on being serious about progressing with the team.

The hours on the treadmill to cut weight and forcing my friends to be rigid dummies so I could practice on the weekends should have helped prove myself. Keeping up during sprint drills and pinning guys during open mat should have been enough. Yet, I realized, no amount of effort would be enough to get anybody's approval. In the end, all I wanted was to be accepted as part of the team.

I’ll always remember what the senior coach, Coach Scott, said to me though, “You are a lady off the mat but as soon as you step onto the mat you shift gears to an athlete. I respect that and that’s why I think you have potential.” So I continued to show up. 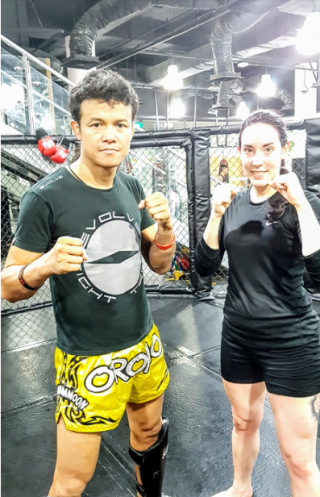 Although this was in a suburban town in Virginia circa 2003, I’m here to tell you that to this day being a woman in contact sports is still rough. The struggles and prejudices still remain depending where in the world you are, including the USA, and especially Asia. I moved to Korea for work 4 years ago and soon joined a gym and decided to train in mixed martial arts, also known as MMA. Since I practiced hapkido as a child and MMA incorporated wrestling I figured I had a good base.

The first year was everything that I hoped. I was included in all the team building excursions and weekend competitions, my skills advanced quickly despite still wearing heels and makeup in my daily life. I finally felt I belonged. As time went on, however, the dynamic began to shift. Elder members became comfortable enough to ridicule my weight although in the USA I generally wear a size small. There were a few notable accounts of blatant sexism and abuse that I haven’t talked much about as well.

I was training for my first amateur fight, yet any time a new female from the cycle class decided she wanted to try MMA I was volunteered to be her partner. This was despite the fact that there were other members that were better suited to her skill level. While my pride was injured that slight was minimal compared to the next instance. 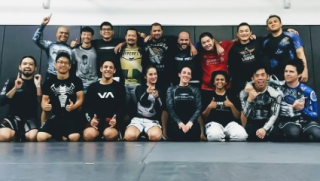 One night the MMA gym owner, who was also the boss of the fight promotion, came to the cage. I had a young man in a submission hold and the owner asked him if I was “too much” for him. As my opponent objected to his accusation I felt a hand wrap around my ankle and I was swiftly yanked from the cage and drug on my back to the outside mats.

“I’m going to give you a free lesson today. No charge.”

He never coached in our class before and I didn’t ask for any lessons but it would be considered rude to refuse the offer. He instructed me to spar with him. Upon raising my fists to guard my face he jabs then shoots in to take me down. At this point, we were using jiu-jitsu and were scrambling for position. I found myself on my back and as he successfully straddled my waist he leaned in to say something.

“Bite down on your mouthpiece...hard.”

I obliged this unexpected and bizarre command just as his arms lunged forward and I found myself unable to breathe. His grip around my throat became tighter. I bit down harder on my mouthguard as each pulse intensified the restriction. My eyes darted overhead toward my coaches and team members hoping one would meet my pleading gaze and interrupt. It was useless. No one would dare interfere with the boss. It’s just how it is.

As women, we have to navigate how to tactfully set boundaries given our situation. We also must choose what we are willing to endure, and what to sacrifice for what we want. Some may argue that we can’t have it all but at least we need the opportunity to earn it fair and square. It’s never been a fair fight inside or outside the ring. I’m here to persuade you to keep showing up regardless because no fight was ever won without persistence. No fight was ever won biting down on a mouthguard either. That bit of advice is nonsense. So wear your heels proudly, your makeup however you damn well please, and step into the ring every day like you belong there because you do.