Home Archives Profile Subscribe
A Little Bit of Pop: Baseball, Star Trek, and the Meaning of Life
The Feminism of Fighting: One Woman's Story of MMA Training, Wearing High Heels, and Staring Down Double Standards in the Ring

The 2018 Boston Red Sox had a season fans can usually only dream about. They won 108 games in the regular season and then those essential 11 postseason games to be World Series Champions. And while they always believed in themselves, and much of the fanbase believed too, many of the “experts” around Major League Baseball did not believe until the final pitch was thrown.

Just about every publication - including MLB.com, SB Nation, Baseball America, USA Today, and The Sporting News - had the Red Sox winning one of the AL Wild Card spots and perhaps making it to the ALDS but no further. Possibly undeservedly, they were underdogs coming into the season.

The 2018 Red Sox spent one day with a winning percentage under .500, and that day was the first of the season. They never had a losing streak of over three games and were never more than two games back in the American League East. Their “worst” month of the season was September, during which they were still four games over .500. They simply never stumbled and never took their foot off the gas.

However, on their way to 108 wins people still wondered if they were for real. Even once the playoff field was set, most of Sports Illustrated’s experts left them out of the World Series. 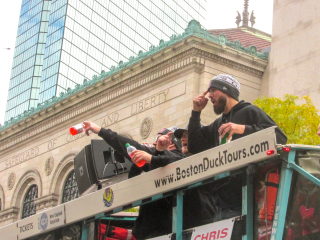 What separated the Red Sox from the rest of the pack may be the same as the reason so many questioned their legitimacy. They feasted on lesser teams, going 16-3 against the Orioles, 15-4 against the Blue Jays, 6-1 against the Rangers, and 5-1 against the Royals. They built a cushion that would have helped had they struggled against contenders like the Angels, Mariners, and Braves. The cushion also helped them win the AL East by eight games even though they only won the season series against the Yankees by one game. They somehow made it through the entire regular season without appearing to be truly tested.

Yet, in the playoffs they beat the Yankees, Astros, and Dodgers handily - only losing one game in each series. Their offense bested both Justin Verlander and Clayton Kershaw along the way. They handled the best of the best like it was nothing.

So maybe their domination of lesser teams should not have been taken as a sign that they still needed to be tested, but rather a signal of their true greatness. They never played down to an opponent, collecting wins like coins in Super Mario. They collected so many that they were able to rest Chris Sale, their ace, in August and then essentially use real games in September as his rehab assignment before the playoffs.

A team with a Wild Card ceiling would never be able to do that.

It is a bit of a shame that the media never seemed to catch on to just how good this team was. Whispers of the 1978 Red Sox, 2001 Mariners, and the team’s 2016 and 2017 first round playoff exits surrounded them until they finally hoisted the Commissioner’s Trophy. 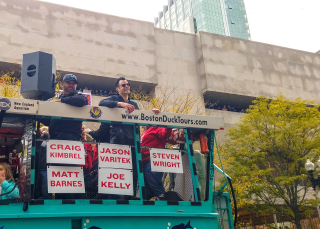 Just about everything related to the 2018 Boston Red Sox was unbelievable, but perhaps most impressively, they really did not make their fans sweat. The high of a 21-7 start to the season never wore off. Dennis Eckersley proclaimed “It’s time to party!” on July 12th and he was absolutely right. 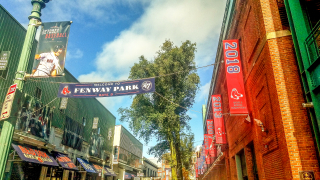