Welcome to the fifth installment of Lifer!

Our team of writers have been hard at work thinking of new ways we could spice up the column. This week, we’re doing Lifer with a twist. In this edition, photos taken by our writers while at games is the focus. This is the most visual installment of Lifer yet, and we’re so excited to share our ballpark experiences with you!

What would it be like to have a VIP experience at the ballpark? To sit right behind home plate to get the best look at the action? Imagine no more! Our Karen Soutar got an exclusive opportunity to watch a Jays game from the Action Seats. She details her experience with the help of some up-close photos. You won’t want to miss these views!

Oh, what it must be like to be a die-hard fan of a team that’s not in contention for a playoff spot. But, just because your team isn’t in the pennant race doesn’t mean you can’t enjoy the other great things about attending a baseball game. Helen Silfin shows us how to make the best of your ballpark experience even when your team is playing at its worst. She takes us through her typical day at Citi Field in this one-of-a-kind photo essay.

Do you have a favorite ballpark? Sometimes, there’s just something about a park that makes you fall in love with it, even if your favorite team doesn’t play there. For me, that park is PNC Park in Pittsburgh. I’ll take you through some of the beautiful sights you can soak in while attending a game.

You don’t want to miss this edition of Lifer! So, join us as we do life the baseball fan way!

In The Action Seats

Ever wonder what a VIP baseball fan experience is like? Sure, it’s great any time you go to a ballpark and watch a game, but for something extra special, there are In The Action Seats at the Rogers Centre.

These are field level box seats which are located behind home plate, behind first base, and behind third base to watch the Blue Jays play in Toronto. You can’t beat that view; being close enough to the action to see what brand of shoes the players wear. 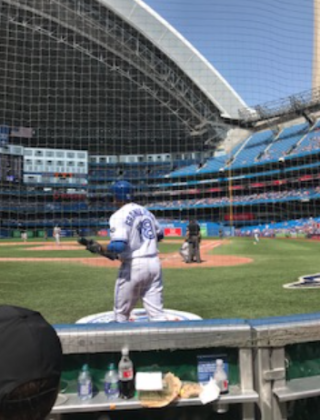 Seats were padded and very comfortable with plenty of leg room – no need to get up when neighboring fans were coming and going.

If you aren’t quite well off financially, you probably won’t be making a habit of this. But it was very worthwhile as a once in a lifetime treat! 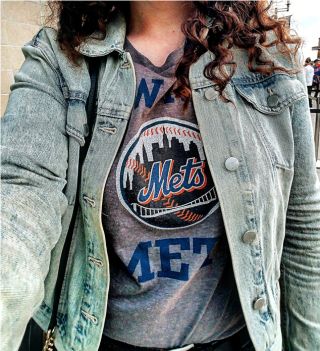 This outfit can only mean one thing...

Yes, “Welcome to Citi Field" where the baseball cards are large but the numbers on the back of them are not.

Of course, I'm here well before the game starts so there's plenty of time to visit Shea Bridge. 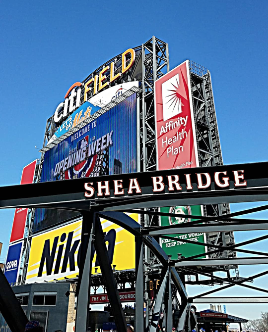 *stuffs entire burger in my face before the game starts*

Occasionally the Mets hit home runs. Here are one of those instances. 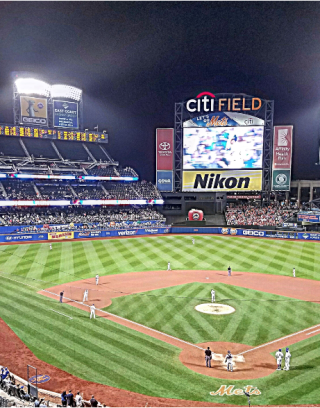 Time to go exploring again! Pictured here is an ancient artifact the Mets recovered from the ruins of “Shea Stadium. 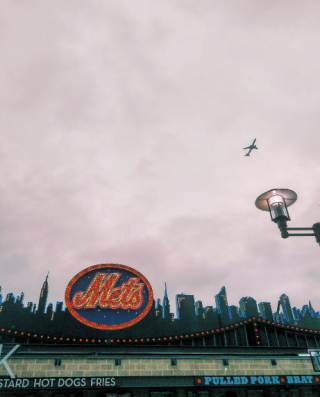 Wow I found cookie dough! After all, you come to Citi Field for the food, not the baseball.

Okay, maybe you also come for the views? 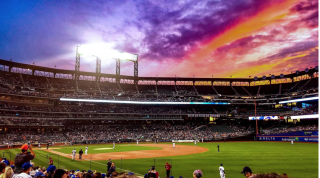 Making it through an entire Mets game is an accomplishment, right? Goodnight Citi Field.

A Beautiful Day At The Ballpark

Have you ever watched a game on TV and said, ‘wow that ballpark is gorgeous’? I’ve done that many times. My goal is to visit all 30 MLB ballparks. Even though I’ve only made a small dent in that, I may have already found my favorite ballpark.

The last two years, Little League games have brought me to Pittsburgh. That stadium looks beautiful on TV, so I knew we’d have to make a stop at PNC Park. As fate would have it, the Pirates weren’t playing at home during either of my trips. However, due to “Picklesburgh”, the Right Field Gate was open so that people were able to walk along the ballpark.

The following are some of my favorite sights from the ballpark. It was even more picturesque than I expected.

When you drive down towards the water, you’re greeted with an amazing sight. A larger than life statue of Bill Mazeroski overlooking the Allegheny.

Descending the steps towards the water, you’re greeted by an amazing view of the Pittsburgh skyline and breathtaking yellow steel bridges.

The sights everywhere are gorgeous. If you’re visiting at the right time, you can turn around to get a glimpse of the Mazeroski statue in the sunset.

Walk along the outfield fences, and you’ll hit the bullpen. You’ll get a gated view of the outfield, but also come to one of the hidden treasures of the ballpark: Ralph Kiner’s hands.

You’ll then come to my favorite part about this ballpark, the Roberto Clemente Bridge with a statue of Roberto himself located right by the Center Field Gate.

I still haven't attended a game at PNC, but these sights alone make me want to return. 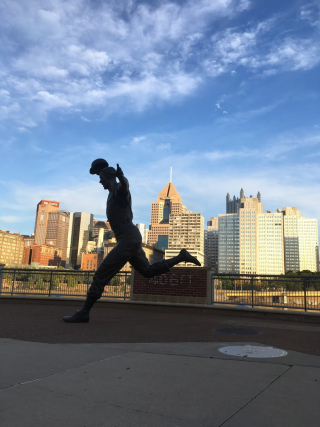 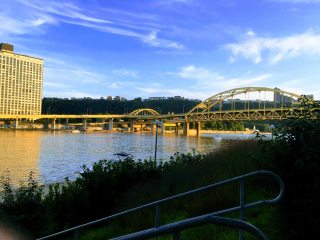 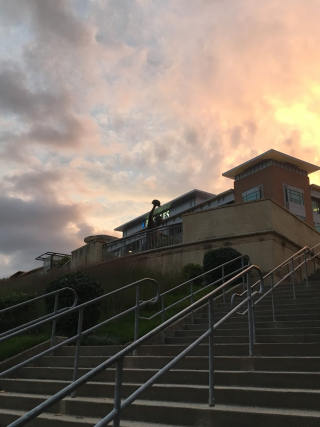 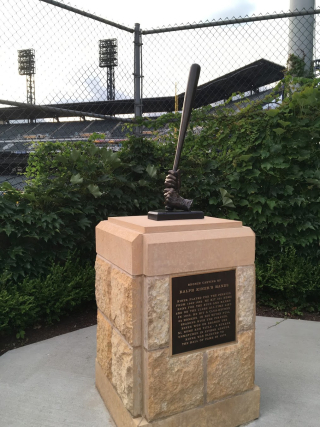