Hard as it is now, Houghton joined a boys club when it was damn near impossible.

The Philadelphia 76ers made national news recently with the hiring of Lindsey Harding as a full-time scout. The former WNBA and Duke University basketball star became just the second full-time female scout in NBA history. Harding’s hiring is reminiscent of another female pioneer who made history with a different Philadelphia professional sports team over 70 years ago. 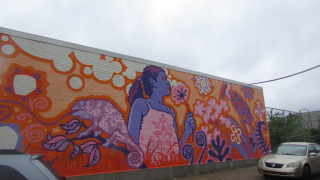 The Philadelphia Phillies hired Edith Houghton as a full-time scout in 1946. Houghton who grew up in North Philadelphia (the same neighborhood where WNBA star and Olympic gold-medalist Dawn Staley would hone her basketball skills years later) across the street from a baseball diamond. Bob Carpenter, the Phillies owner, decided to hire Houghton after she met with him and General Manger Herb Pennock.

Houghton became the first full-time female scout working solo in Major League Baseball history. Bessie Largent was previously employed by the Chicago White Sox in the 1920s through the early 1940s scouting players. However, she worked alongside her husband Roy who was a full-time scout for the team. Bessie assisted Roy as they worked in tandem.

Born in 1912 Houghton played for the Philadelphia Bobbies, an all-girl baseball team. The Bobbies pre-dated the All-American Girls Professional Baseball League (AAGPBL). The AAGPBL started in the 1940s and was the inspiration for the film A League of Their Own starring Geena Davis and Tom Hanks.  Houghton, the youngest player on the Bobbies, toured the United States and even Japan playing baseball throughout the 1920s. Known as “The Kid” she primarily played shortstop and was a student of the game.

Established in 1883 the Phillies have never been known as a progressive team. The Phillies were the last team in the National League to integrate. Philadelphia was also one of the last teams to introduce analytics to their game plan. With the exceptions of their recent hiring of Gabe Kalpler and Matt Klentak, the Phillies are an old-school organization rooted in tradition. The hiring of Houghton was a bold move by the Phillies at the time. There is some debate as to why Carpenter took a chance on Houghton. Was he impressed with her knowledge of the game? The team had struggled for many years (decades even!) and some say he had nothing to lose with adding Houghton as a scout. He decided to take a gamble on the young woman with an incredible amount of baseball knowledge. 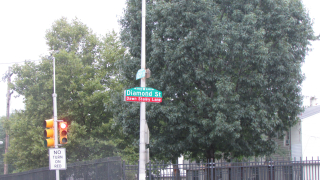 How did a young woman from North Philadelphia end up working for the Phillies? Houghton served in the Navy WAVES (Women Accepted for Volunteer Emergency Services) during WW II. After the war and needing a job, she simply asked to meet with the ownership. At this time the Phillies played at Shibe Park (later named Connie Mack Stadium) at 21st and Lehigh not far from her home. Growing up in the area, many people within the sport were familiar with the young baseball prodigy. Her persistence paid off, and she was brought in for the interview.

After being hired, Houghton worked for the Phillies from 1946 – 1951. The region she covered was the Greater-Philadelphia area and South Jersey. Houghton signed more than a dozen players during her time with the Phillies although none ever made it to the majors. Since she was still in the Navy Reserves, she was called back to service during the Korean War. Once her service ended Houghton decided to move on from baseball.

Many years passed since Houghton’s time with the Phillies before baseball saw another female scout working on a full-time basis. The Seattle Mariners hired Amanda Hopkins as a scout in 2016. She is currently in her third year working for the Mariners. Nathan Bannister is a pitcher Hopkins scouted who was drafted by Seattle. Bannister is playing for the Arkansas Travelers in the Mariners minor league system.

In addition to the Mariners, other women are now working with MLB teams. The Oakland Athletics hired Haley Alvarez as a scouting coordinator. A few years back the A’s also hired Justine Siegal to work for the organization as a guest instructor with their younger players. Astrid DeGruchy worked on a part-time basis scouting for the San Diego Padres. Kim Ng holds a vice-president position within Major League Baseball’s executive offices. Women are making inroads into many different upper-level positions within professional baseball.

Baseball had a female general manager on the minor league side of the equation a few years ago. Lindsay Rosenberg worked her way up within the Camden Riversharks organization until being named GM in 2015. The Riversharks were an independent team playing in the Atlantic League. Unfortunately, the Riversharks ran into difficulty with their lease at Campbell’s Field and the team folded after the 2015 season.

It is feasible that in a few years a woman will be a general manager for a major league team. Returning to Houghton, after leaving the Phillies she lived a relatively quiet life. Houghton ended up moving to Sarasota, Florida where she passed away in 2013 at 100 years of age. She is buried in Northwood Cemetery in the West Oak Lane section of Philadelphia. It is fitting she is buried alongside professional baseball players such as Kid Gleason, Duke Esper and George Bradley. The Baseball Hall of Fame also has a display about her inspirational story. From growing up in North Philadelphia to playing baseball throughout the United States to visiting Japan to having her story told in Cooperstown, Edith Houghton lived a remarkable life.